Well we're now back in blighty which feels pretty surreal after almost 6 months away. So it's time to look back, reflect on an incredible trip, and some final blogging action... a retrospective top 10 highlights of our trip.

It's surprisingly hard to cast our minds back over the whole time we've been away and remember it all, but we'll try our best anyway. So here goes, working our way up from number 10, but first a few honourable mentions (it's quite hard to cover 6 months in just 10!)...

We'd just left the hustle and bustle (and relatively high crime rate) of Rio, and it had been well over a month since we'd last been on a beach (well, one we swam from anyway) in Tahiti. Ihla Grande was a real find; a surprisingly tasteful and fun small touristy town, really lush vegetation in every direction, and a really stunning beach (Mendez Lopez). Add to that some nice gentle hikes through the forest, seeing some dolphins and Tamarins, and the company of Frank and Bernadette, and it was a great few days.

Skiing and eating in New Zealand

New Zealand went surprisingly well given that a day before we got there we'd just realised it was the rugby world cup and we had no accommodation. Plan B came together beautifully though and we got a couple of days skiing in which meant we got to feel like we hadn't completely missed winter. The great food and the novelty of having a sulphury mud bath were good too.

Of course the icing on the cake would have been for 'les bleus' to have beaten the all blacks, but that was too much to ask for...

We caught up with Anita's family in Perth and enjoyed and a couple of days of their kind hospitality. Obviously, being the other side of the word, Anita doesn't get to see them that much so it was great to catch up, enjoy some good food and throw lemons to their dog. Next time we'll try and give more than a week's notice of our arrival!

First up, the very first stop on our journey. When we last went to south east Asia Anita and I both loved the buzz of the big cities (especially Bangkok). Fortunately this time was no different and Singapore was a really fun city to be in - especially the combination of different cultures (Malay, Indian, Chinese) and the contrast of old and new.

Obviously being able to meet with Des was great as we don't get to see him very often given the distance - thanks for showing us round! 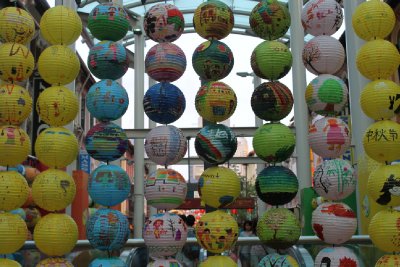 We really enjoyed the sense of splendid isolation here. The approach into Ushuaia by prop plane was spectacular and the coastal walks along the Beagle channel were unspoilt in a way we simply do not see in Europe. Add to this the incredible wildlife and the buzz of the small town itself and this was a very interesting place to be for a few days. Just a shame the Argentinians are now being such morons about letting boats dock there... 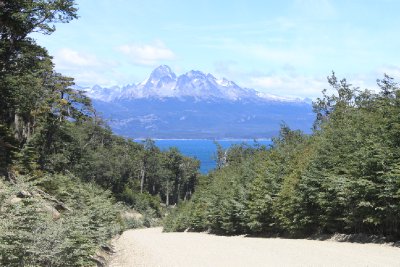 8. Sailing in the Caribbean

With the end of our trip looming menacingly on the horizon, we headed to St Lucia to meet up with the rest of our crew for the week (Lucy, Becky, Kat, and Mark). It was a great week all round, and lovely to have some company after all that time together on the road, but the highlight was without doubt the day from Tobago Cays up to Mustique - waking up to the idyllic scenery of the cays, seeing turtles and rays, then partying on at Basil's bar was something to remember. The dinghy fiasco added nice comic twist too! 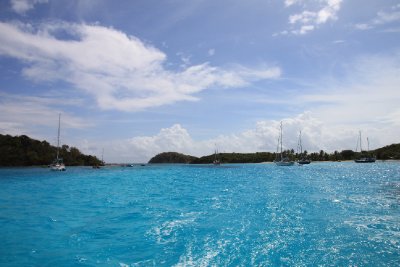 On this one we differ; that the ruins were incredible is in no doubt, but James loved Machu Picchu and Anita preferred Colca Canyon's terraces. Why? Well, James found Machu staggering for all the obvious reasons: incredible setting, well preserved ruins, massive scale, whereas Anita found it overrun with tourists to a suffocating degree and a little too Disney. Colca Canyon was no Machu Picchu in terms of preservation and scale, but did offer sweeping panoramas of terraces as well as a sense of 'real' Peru and even a couple of condors soaring overhead. 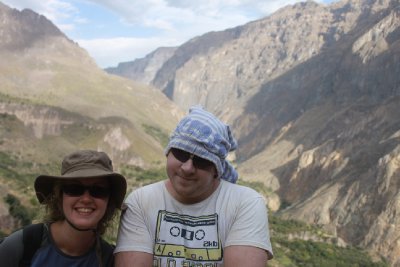 A really memorable 10 days or so, and the first time on the trip we'd really been in the great outdoors away from big cities and civilisation (though by no means the last). We got our first dose of proper southern hemisphere sun, got some exercise in, saw some impressive and remote scenery, swam with our first crocs, and last but not least met our own crocodile dundee (our trusty guide Adam)! 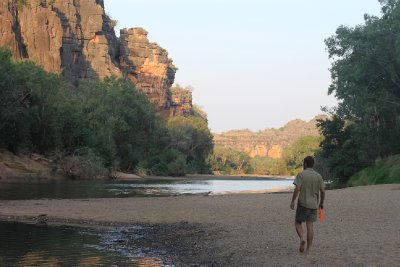 They don't come wetter or wilder than this! We wondered if wandering along a boardwalk with a load of other tourists would be a tame, packaged experience, but actually Iguazu is sensory overload. You get soaked, deafened and blinded by the waterfalls merely by standing next to them and you cannot possibly take them in visually without two days of walking and gawping. Taking a speedboat underneath them is totally worth it for sheer adrenalin rush. 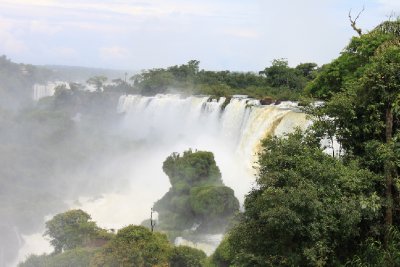 The salt plains of Bolivia were somewhat of an unexpected highlight (at least for James, who was kind of thinking "why are we bothering to see a whole load of salt?"). As it turns out though it's one of those things which is just quite hard to describe and convey, but is just impressive because of the scale and sheer unusualness of it all. It was an added bonus as almost didn't go - the initial plan being to go into the Amazon instead (turns out Uyuni is the poor man's Amazon though, so we went there instead!). 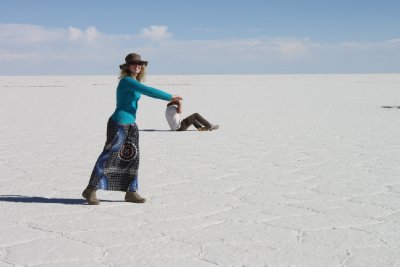 Of course no top 10 countdown would be complete without an annoying ad break before the top 3. While we're still ad-free, you will have to wait a little longer...

Previous Next Table of contents